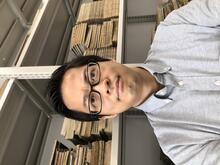 Most letters in Tokugawa Japan were written in sōrōbun, the epistolary style of classical Japanese. Yet there were also letters composed in kanbun, or Literary Sinitic prose. This talk will focus on a set of three letters, written in Literary Sinitic prose in Genroku 11 (1698) by Muro Kyūsō (1658–1734), then a Confucian scholar in the service of the Kaga domain lord Maeda Tsunanori (1643–1724), and addressed to Aochi Norimoto (1675–1744), a samurai retainer of the same domain. These letters contain bits of information that may not have surfaced otherwise: Kyūsō and Norimoto’s secret discontent with Tsunanori’s government, the tribulations of being a low-ranking retainer, whether as a scholar or as a samurai, and the depth of Kyūsō and Norimoto’s friendship. The goal of this talk will be to consider how writing in Literary Sinitic allowed Kyūsō to express himself, transgress certain norms of samurai society, and bond with Norimoto in ways that may have been impossible when writing in Japanese. This talk is based on a chapter from the speaker’s recently published monograph on the relationship of Literary Sinitic prose and poetry to issues of governance and politics in 18th-century Japan, Shibun to keisei: bakufu jushin no jūhasseiki (The University of Nagoya Press, 2021).

Yoshitaka Yamamoto 山本嘉孝 is Associate Professor at the National Institute of Japanese Literature (NIJL) and at SOKENDAI, the Graduate University for Advanced Studies. He specializes in Edo and Meiji (17th- to 19th-century) Japanese literature and cultural history, with a focus on Literary Sinitic prose and poetry by Japanese-speaking authors and a broader interest in the spread of Sinitic texts and cultural practices across Northeast Asia. He is the author of Shibun to keisei: bakufu jushin no jūhasseiki 詩文と経世：幕府儒臣の十八世紀 (The University of Nagoya Press, 2021).

Register in advance for this webinar:

After registering, you will receive a confirmation email containing information about joining the webinar.