Zhange Ni is an Associate Professor of Religion and Literature in the Department of Religion and Culture at Virginia Tech. She is a research fellow at the Nantes Institute for Advanced Study, France (2021-2022). Her research interests include religion-making and secularism, religion and literature, American young adult fiction, and Chinese internet literature. She is the author of The Pagan Writes Back: When World Religion Meets World Literature (University of Virginia Press, 2015) and Religion and the Arts in The Hunger Games (Brill, 2020). She is currently working on a monograph tentatively entitled The Cult of Fiction in the Age of the Internet: Chinese Religions, Digital Capitalism, and the Fantasy Boom in Twenty-First-Century China. https://liberalarts.vt.edu/departments-and-schools/department-of-religion-and-culture/faculty/zhange-ni.html

Internet-based popular fiction emerged in China around the turn of the 21st century and is currently dominated by the genre of fantasy. Produced and consumed in a digital environment, these novels fuse ancient techniques (such as Daoist alchemy and fengshui divination) and contemporary bio-digital technologies to build other-worlds and alternative subjects beyond the confines of post-Enlightenment rationality. Their magical worlds are modeled after both the qi cosmos of premodern China and the world as reimagined in the processes of datafication and financialization. Both worldviews privilege a correlative mode of thinking that looks for relations and patterns amongst things/processes. These novels are concerned with the making of the individual as well as the dividual—a more foundational element of agency and transaction than the individual, or a formation produced by dividual actions and transactions, one that is larger or smaller than the individual. Telling stories of the self-motivated, self-enterprising individual in competition with others, these novels also depart from this model to imagine the subject as a fluid construct, with body, mind, and their fragments flowing regardless the contours of the individual. Like correlation, dividuation is both rooted in premodern Chinese notions of the self and performed by technologically-assisted transfigurations of the individual in the digital age. In this light, internet-based fantasy novels serve as one channel among many others through which Chinese religions, not excluding ideas and practices negatively labelled “superstitious,” continue to make an impact on today’s society. They also register the still on-going structural transformations unleashed by the permeation of digital technologies in everyday life. A site of digital labor for hundreds of millions of writers and readers, these novels are not only targets of capitalist capture and state censorship but also a field of thought experimentation where utopian imaginaries are not impossible. 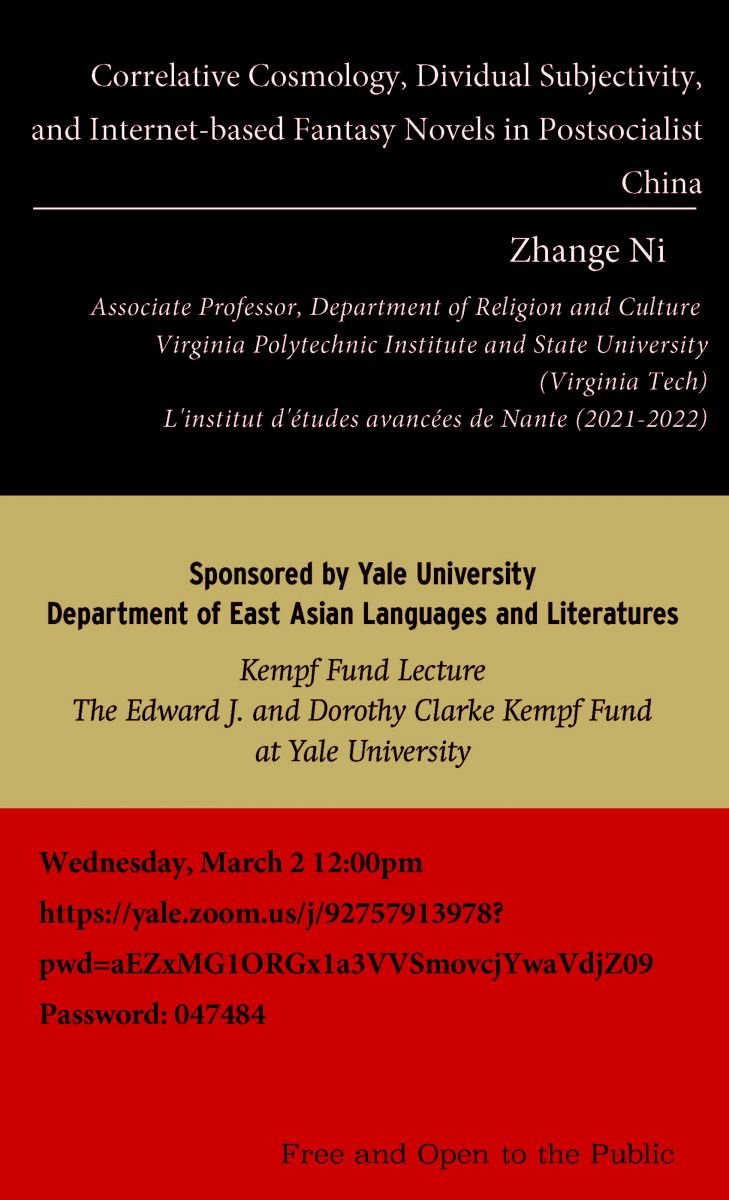