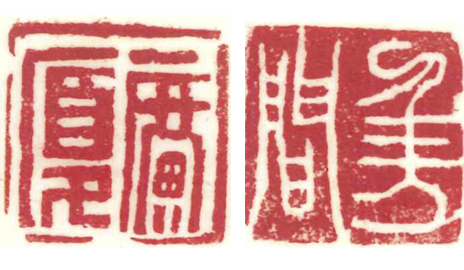 A newly funded initiative from the department of East Asian languages and literatures aims to make pre-modern Chinese texts more accessible to scholars.

Named after an eighth-century poem by Chinese poet Du Fu, the Ten Thousand Rooms Project hopes to craft a new online platform for people around the world to collaborate on transcribing, translating and analyzing ancient Chinese writings dating back as far as the 13th century B.C.E. The project — which is being spearheaded by East Asian languages and literatures professors Tina Lu and Mick Hunter — was launched after the University received a three-year, $430,000 grant from the Andrew W. Mellon Foundation last month. Lu compared the proposed platform to sites such as Wikipedia, noting that she hopes the online database will be constantly updated as new research emerges.

“Nobody has, so far, attempted a platform like this,” Lu said. “It is an ongoing project that just gets more and more refined.”

The project is split into two areas of development. The technical development aspect ­— led by the Yale Digital Collections Center — will create the online platform and beta versions of sources, translations and annotations, while the community development will look to gain scholarly recognition and recruit contributors, nationally and internationally.

The technical team assembled at the YDC2, as the digital collections center is known, began to develop the platform earlier this month, according to project coordinator Carly Bogen. She said the technical development will occur in three phases, all scheduled to be completed by fall 2016. The first phase, currently underway, is dedicated to the development of the web portal that will ultimately host the platform as well as subsequent test projects to assess the portal’s function. The second phase, Bogen said, will allow for the viewing and creation of scholarly annotations to accompany the translations that will appear on the platform.

Hunter emphasized that perhaps the largest goal of the project was making the Chinese tradition more accessible to the general public. Lu said non-academics might also help with contributions to the site.

“There are a lot of people out there who love [certain pre-modern works], who are not affiliated with a university, who, I think, would really enjoy channeling their energies to doing textual work on a novel online,” she said, adding that in compiling many types of research, the project aims to connect readers, scholars and academic work that is currently scattered.

The infrastructure of the program will build off of the work that the YDC2 has done since 2012 for the Digitally Enabled Scholarship with Medieval Manuscripts program, a partnership with Stanford University that sought to improve online access to the study of medieval documents. The DESMM utilizes the Canvas Viewer/Mirador tool and the Image Study Service, which are designed to improve access to transcribed documents as well as their accompanying annotations. The Ten Thousand Rooms Project intends to use the same tools and design to allow a site visitor to simultaneously view an original source, a translation, commentary and a translation of that commentary. This tool will be invaluable, Lu and Hunter said, for particularly ancient works that may be written on a medium such as an ancient bamboo stalk.

Lu said the platform will be particularly useful for the study of ancient Chinese because most ancient texts have numerous translations, rather than a single universally agreed-upon version. The hope with the Ten Thousand Rooms Project, she noted, is that a reader could simultaneously view two different versions of a page of text, as well as another window that would point out specific places the versions differ. Lu added that she believes this option will grant a far more comprehensive reading experience than what is currently available to scholars.

To further develop the platform’s collection of texts, Lu and Hunter said they plan to give talks and spread word of their website, as well as approach other Chinese literature scholars to contribute their research. Hunter said they hope to recruit “some of the big fish of Chinese scholarship” from around the world.

“We’re looking for the ‘dark matter’ of the academic world,” Lu said. “That project you already wrote a book about, but you have a filing cabinet full of stuff? We want the filing cabinet. We want the stuff that hasn’t hit the light of day.”

The grant’s term will conclude in September 2017, when Hunter said they presume they will continue to work on improving the platform into a long-term collection.

The Mellon Foundation has given Yale 214 separate grants since 1969, amounting to a total of $78.5 million.