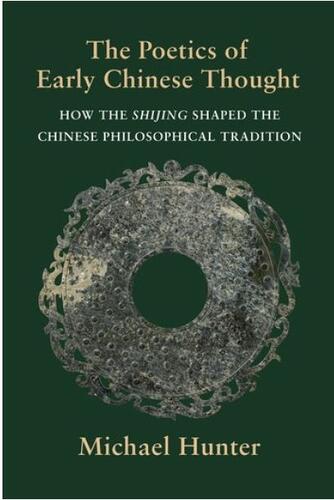 The modern imagination of classical Chinese thought has long been dominated by Confucius, Mozi, Mencius, and other so-called “Masters” of the Warring States period. Michael Hunter argues that this approach neglects the far more central role of poetry, and the Shijing (Classic of Poetry) in particular, in the formation of the philosophical tradition.

Through a new reading of its ideology and poetics, Hunter reestablishes the Shijing as a work of major intellectual-historical significance. The Poetics of Early Chinese Thought demonstrates how Shi poetry weaves a vision of society united at every level by the innate and universal impulse to come home. The Shi immersed early thinkers in a world of movement and flow in order to teach them that the most powerful current of all was the gravitational pull of a virtuous king, without whom people can never truly feel at home. Hunter traces the profound influence of the Shi ideology across numerous sources of classical Chinese thought, which he recasts as a network centered on the Shi. Reframing the tradition in this way reveals how poetry shaped ancient Chinese thinkers’ conception of the world and their place within it.

This book offers both a sweeping critique of how classical Chinese thought is commonly understood and a powerful new way of studying it.

Michael Hunter is associate professor in the Department of East Asian Languages and Literatures at Yale University. He is the author of Confucius Beyond the Analects (2017) and coeditor of Confucius and the Analects Revisited: New Perspectives on Composition, Dating, and Authorship (2018).

Please visit this webpage for the write up.