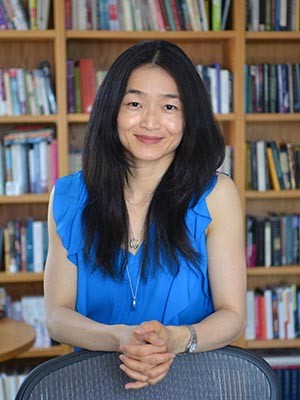 Kingdom of Characters, which explores the foundations of Chinese script, was featured on the front page of the New York Times Book Review.

Jing Tsu aims to make the mysteries of ancient China accessible to her students. Now, she is translating that mission to readers beyond the classroom.

In her new book, “Kingdom of Characters: The Language Revolution that Made China Modern,” professor on modern China Jing Tsu examines the history of the Chinese language, focusing on the individuals who made the modernization of the language possible. Tsu’s book has been reviewed by several major publications, including the Guardian and the New York Times Book Review, where she also appeared on the Book Review Podcast.

“It is gratifying to see Kingdom of Characters break through a sound barrier that often separates academic knowledge from the public readership,” Tsu wrote to the News. “That is especially relevant — and important — when it comes to understanding modern China. Compared to how hard and how long China has studied and learned from the West in the past two centuries, it is remarkable how little still outsiders know about China.”

Tsu, a faculty member of the East Asian Languages & Literatures and Comparative Literature Departments, explores Chinese linguistic, cultural and political history in her book, considering the development of the modern Chinese script and its relationship with the technological advancements and geopolitical influence of western powers.

“So the story of the Chinese script revolution and how it came to modernize is really — it’s a story about China and the West,” Tsu said in her podcast interview with the New York Times. “As these Western technologies came in together with imperialism and colonial dominance, China had to confront the fact that it had to either play the game or be completely shut out.”

Tsu also recently returned from Beijing, where she served as cultural commentator for NBC during the Winter Olympics. The book was published shortly before the Games began. Positive reviews began piling up, but Tsu heard very little of the congratulations from inside the Olympics press bubble. Tsu didn’t have the chance to see many of the reviews, including the front page feature of her book on the Feb. 6 issue of the New York Times Book Review, until she returned from her role as a commentator.

“This material could, in the wrong hands, become dry,” Deirdre Mask wrote in the Times Book Review. “But Tsu weaves linguistic analysis together with biographical and historical context — the ravages of imperialism, civil war, foreign invasions, diplomatic successes and disappointments. This approach not only adds background and meaning to the script debate, but also terrific color to what might have otherwise read like a textbook.”

Tsu recorded the audiobook for “Kingdom of Characters” in a New Haven studio. She reflected on the experience and contextualized it within her linguistic and cultural background.

“Listening to myself as a non-native English speaker narrating a book about the Chinese language, my mother tongue, was like seeing my own mirror image after it’s been refracted through someone else’s eyes,” Tsu wrote to the News. “It felt like coming full circle, to occupy both its beginning and end. It was perhaps the most appropriate way to end the truly remarkable journey of writing this book.”

The book was also well-received by her fellow scholars at Yale.

“This is a great testament to the impact and relevance of Professor Tsu’s work to both academia and the general public,” Hwansoo Kim, chair of the Council on East Asian Studies, wrote in an email to affiliated students and faculty.

Kim also noted that the last book published by Yale on China to be featured on the front of the Review was the late scholar Jonathan Spence’s “The Search for Modern China.” Tsu described Spence, who she met upon joining Yale’s faculty in 2006, as a “paragon” of storytelling. Spence, who passed away earlier this year, is widely regarded as an eminent scholar on China who helped establish Yale’s dominance in the field.

Tsu is back on campus teaching several graduate seminars, and plans to offer “China in the World” once again next spring. She declined to share her next research project with the News but described it as “forward-looking”.

ISAAC YU
Isaac Yu writes about Yale’s faculty and academics. He lays out the front page of the print edition, edits the News’ Instagram and previously covered transportation and urban planning in New Haven. Hailing from Garland, Texas, he is a Berkeley College sophomore majoring in American Studies.